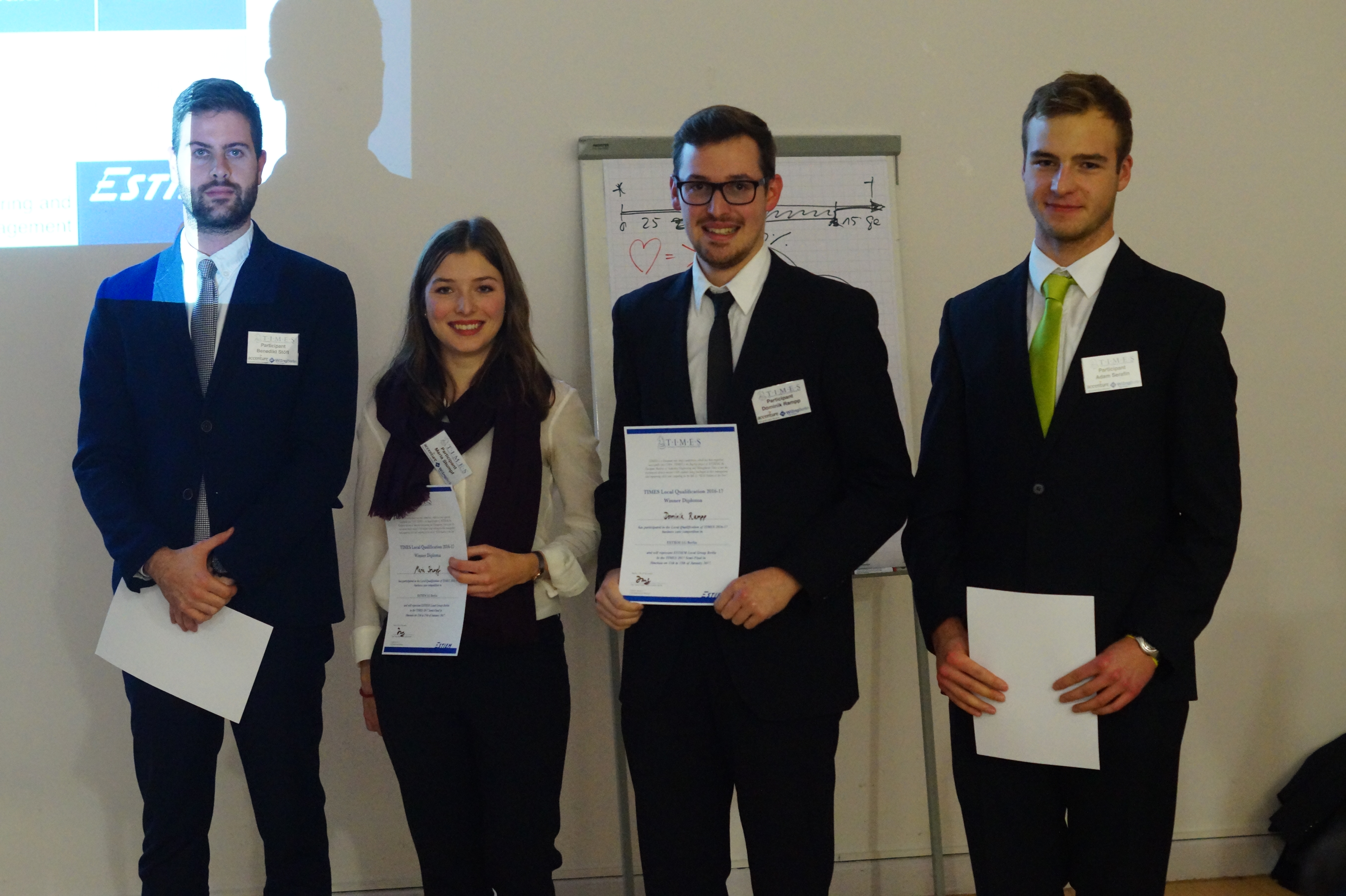 On the 25th of November 2016, five teams each consisting of four team members participated the Local Qualification of TIMES, Tournament in Management and Engineering Skills, at TU Berlin (Technical University Berlin). TIMES is a flagship project of the Europe-wide students’ organization ESTIEM and Europe’s biggest Industrial Engineering and Management case study competition.

Three of five teams were sent by ESTIEM/VWI Local Group Berlin (‘AG WiIng Berlin’), one team consisted of external IEM students and one team came from ESTIEM/VWI Local Group Dresden. Accenture, one of the world’s biggest corporate consulting companies, sponsored this event, provided the four-person jury with two representatives and prepared the case. One jury member was sent by P3 Group and the fourth by the German VDA (‘Verband der Automobilindustrie’).

All five teams had to elaborate solutions for the same business case within 4 hours and without the use of any aid. The results were then to be presented twenty minutes long in front of the jury, followed by a ten minutes long question and answer session and feedback by the jury. Following up, the participants became a short insight into the work of Accenture during a corporate presentation and were provided with the results of the competition. Team Dresden convinced the jury the most and is now going to continue their journey in one of the eight TIMES Semi Finals in Ilmenau, Germany, from 13th to 15th of January 2017.

In the end, all teams were invited to the students’ café ‘Wiwi-Café’ at TU Berlin for drinks and talks with the jury and other participants. 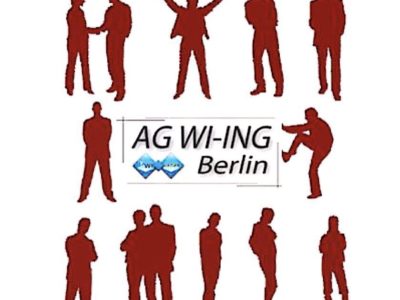 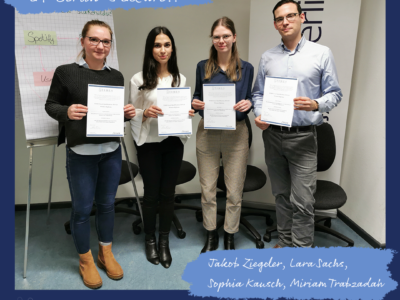 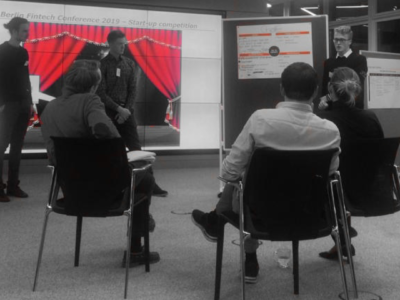 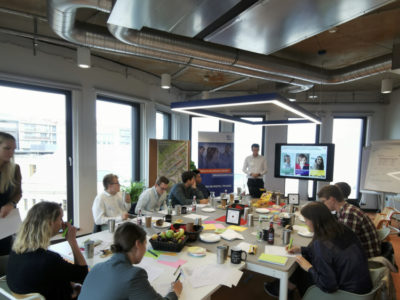 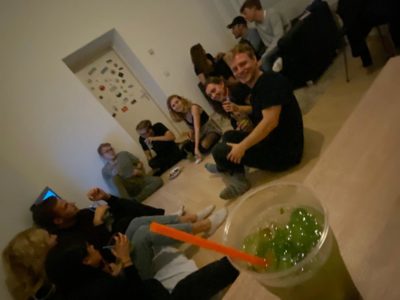 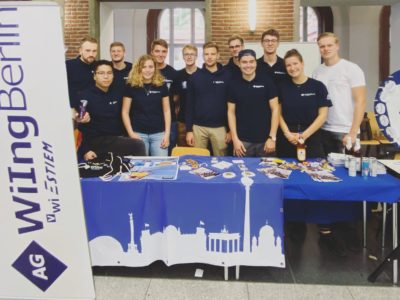 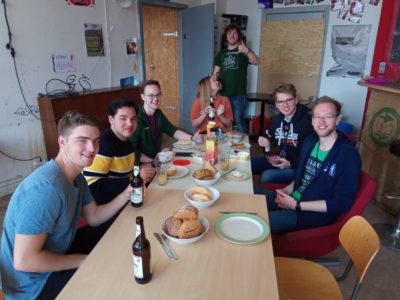 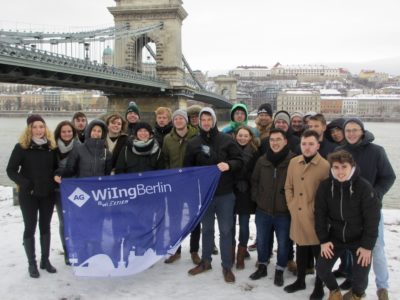